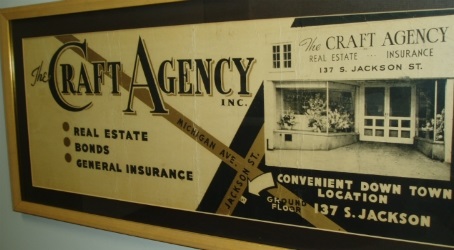 The Craft Agency Celebrates 95 Years in 2018

It was likely a cold, spring day in March 1923 when brothers Rafe and Merrill Craft incorporated their fledgling business as The Craft Agency, Inc.  Initially located on South Jackson Street in downtown Jackson, The Craft Agency handled Real Estate, Bonds, and General Insurance.  Rafe handled the real estate and Merrill was the insurance man.  They worked diligently to build strong relationships with their customers and were known to be “men of their word”.  All policies and communication were typewritten of course and what was really being sold was the faith and trust their clients had in these two gentlemen.

Jackson Michigan was a boomtown in 1923 with businesses starting anew and people visiting the numerous downtown restaurants and fancy stores.  It had to have been an exciting time in Jackson and in America.  Of course history tells us that didn’t last long as The Great Depression hit in 1929 and surely affected Merrill and Rafe’s business in an adverse way.  We know they worked diligently to maintain their client relationships and to build upon them.

Prosperity returned to Jackson and the Country eventually but soon a World War darkened the horizon.  Frugal times again returned to be followed by the Post-War boom.  The heydays of the 1950s arrived and into the family business so did Merrill’s sons Robert and James Craft. The sole focus of the business was insurance after Rafe passed away.

With his sons by his side, Merrill continued to grow the insurance business and enhanced their reputation for integrity and for “doing the right thing”.  Merrill passed away in 1965 and Robert and James continued running the family business for many years, establishing deeper client relationships and expanding their breadth of service.

The third generation of Crafts joined the business after college and obtaining work experience in other fields as per Bob’s dictate.  Rick Craft was the first to join, followed by Bob (Jr), Jim and David.  James Sr. retired in 1998 and Bob turned the business over to his sons in 2000.  Bob never really retired and literally worked until the day he died in February 2010.  The “boys” together ran the business expanding market share, and developing niche programs sold here in Jackson, as well as across the Country.

The Craft Agency moved to Spring Arbor Road in 2005 after completion of their new headquarters.  Having come from a former home on “Mansion Row” on Michigan Avenue, the new building was quite a change of pace!  Business grew and more employees were added, but still The Agency remained family oriented.  Rick retired at the end of 2017 and the business continues to be family owned and operated by Bob and David.

So much has changed in our community since 1923,  but the one thing that remains steadfast is The Craft Agency’s commitment to Jackson and the philosophy instilled by Merrill, Rafe, Robert, James, Rick, Bob and David---do the right thing and everything will take care of itself.  It has been our honor and privilege to serve this Community for the last 95 years; working with our clients in good times and bad and helping them through claims situations and watching their business grow and change.  We could not have endured for 95 years but for the support of Jackson and its citizens and for the hard work and dedication of all our employees now and in the past.  We humbly thank you and look forward to what the future brings. 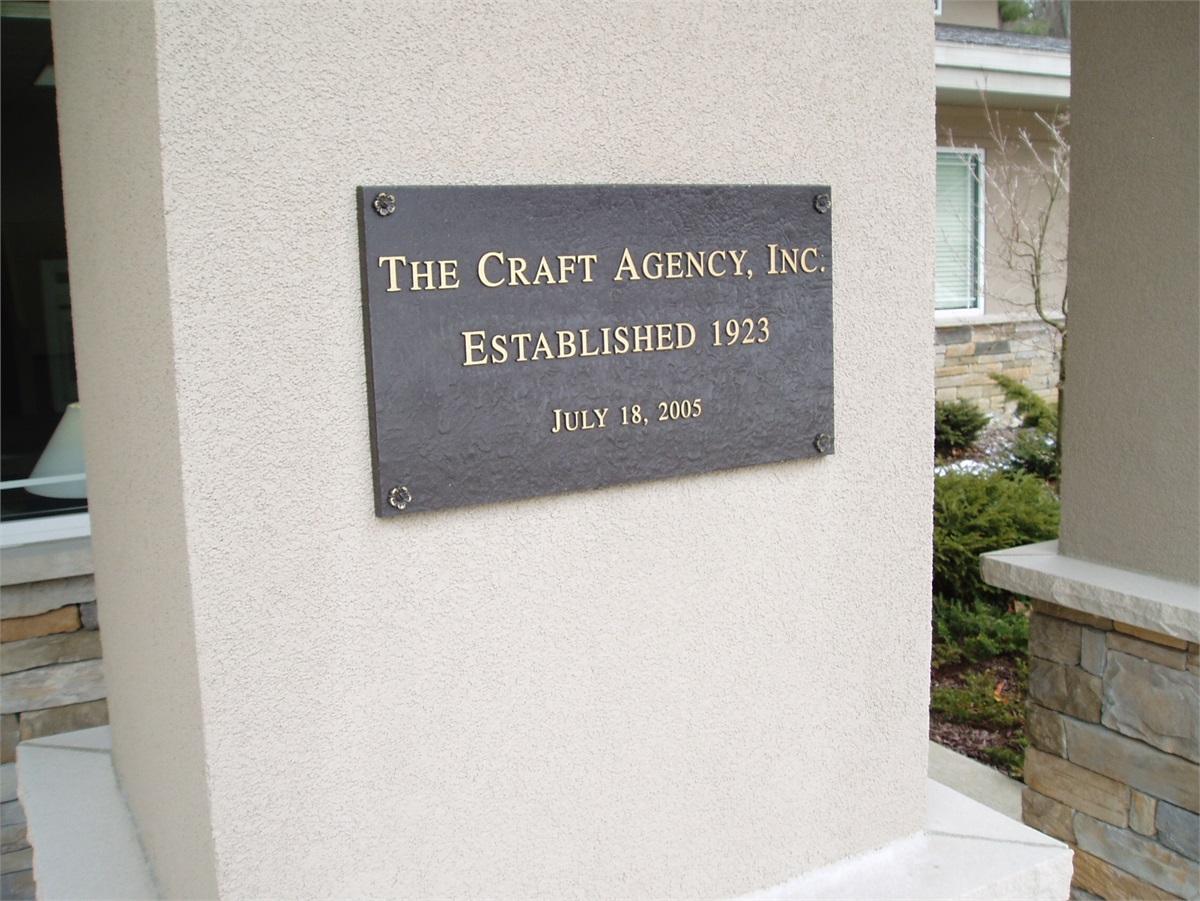 Hear it from our clients

"Thanks for your help and excellent service. You have helped take a great burden off my mind."

"Thank you for working on my behalf to find this kind of discount. You are the best."

Robert M. Craft, Esq. is the President and part of the third generation owning and operating The Craft Agency, Inc., which has been in business since 1923. Bob is a graduate of Albion College with a Bachelor of Arts Degree in Economics...

David W. Craft, CIC, is the Executive Vice President and part of the third generation of the Craft family owning and operating The Craft Agency, Inc. David graduated from Boston College with a Bachelor of Arts Degree in Economics and...

Caleb Allen is the Personal Lines Manager and Executive. He began his career at The Craft Agency, Inc. in 2006. He holds a Bachelor Degree of Arts in Business Administration from Siena Heights University. During his over 10 years of...

Jeffrey D. Todd is a Personal Lines Account Executive. Jeff began his career at The Craft Agency, Inc. in October of 2016 and has been in the insurance industry since 2012. He attained his Property & Casualty license in 2012 and in...

Marcy Ashe is the Commercial Lines Sales Manager. She began her career at The Craft Agency, Inc. in 1999 as an Account Manager. She holds a Bachelor of Arts Degree in Business Administration from Olivet College. During her over 27...

Ted Wray, CIC, Senior Vice President. He began his insurance career at the Craft Agency, Inc. in 1989. He holds a Bachelor of Arts Degree in Hospitality Management and Food Service Sanitation from Michigan State University. During his...

Kristy Denman is a Commercial Lines Executive. She began her career at The Craft Agency, Inc., in 1999 as receptionist and moved to the Accounting Department shortly thereafter. During her over 19 years of service with Craft, she...

Jessica Warner is a Commercial Lines Executive and Life and Health Specialist. She began her career at The Craft Agency, Inc. in 2008. She holds a Bachelor of Science Degree in Business Administration from Central Michigan University....

Ronald L. Swartz is the Claims Manager. He began his Insurance career in 1985 as an inside material damage claim adjuster with a regional insurance company. Ron worked as a multi-line adjuster for five years, prior to becoming a Field...

Karen Cyrocki is the Commercial Lines Manager. She began her career at The Craft Agency, Inc. in 1989, as an Account Manager. She holds an Associate Degree in Applied Arts and Science from Jackson College. During her over 29 years of...

Deborah Shelley, NcIA is the Operations & Finance Manager. She began her insurance career with Michigan Mutual in 1973. She worked at Johnson & Higgins and Marsh McLennan, two large Insurance Brokers before moving to the Jackson area...

Elizabeth A. Navarre is an Employee Benefits Specialist in our Life Health Department. She joined The Craft Agency, Inc. in 2006 after 10 years as an Account Manager with Blue Cross Blue Shield where she was part of the Vice President...